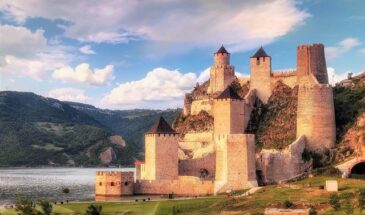 Visit to Viminacium Roman archaeological site from 1st century. Visit to Golubac Fortress from 14th century, beautiful medieval fortresses on the place where the Danube is widest (6,5 km). Drive along Danube River that is second longest river in Europe, where Danube formed longest gorge in Europe - Djerdap Gorge that’s 99 kilometers long, and where Danube is 100 meters deep. Some of the first European civilizations were spread at this area. Lunch at restaurant on a hill above Danube River. Visit to Lepenski Vir archaeological site that is one of oldest urban settlements in Europe (7000 years BC). Transfer back to Belgrade.